The Ride of a Lifetime 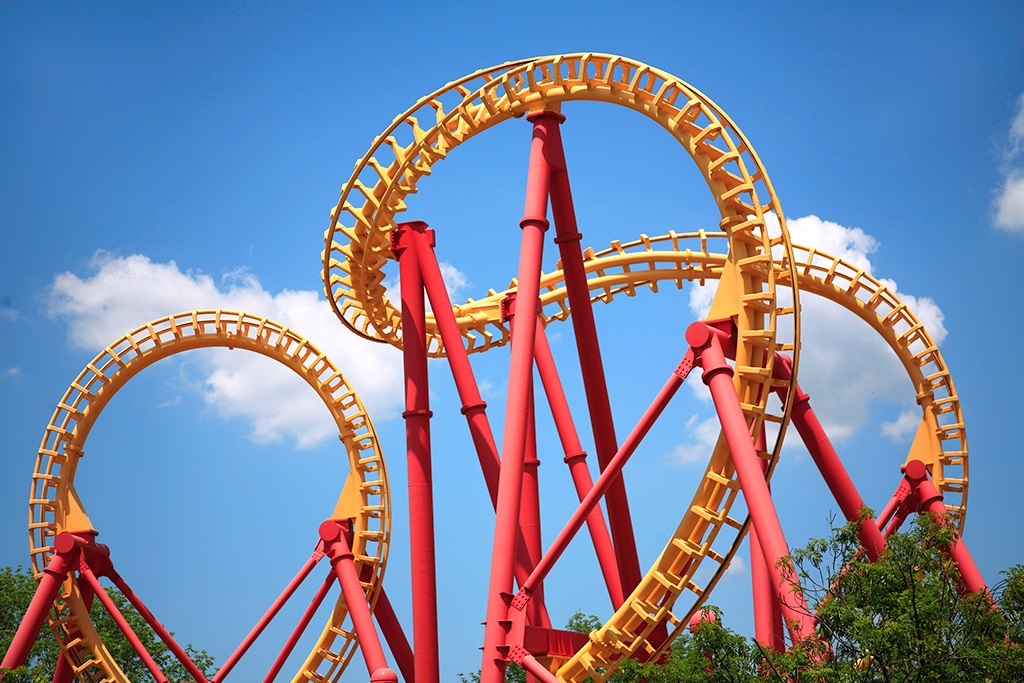 Pulling up to an amusement park, the usual smells of cotton candy and sounds of screaming kids surround you, but what stands out the most is the giant, twisting metal structure jutting out from the skyline.

Roller coasters are a staple at fairs, festivals, and theme parks all over the world, but these thrilling rides were not always as fast, tall, or even as sturdy as they are today. In fact, most people wouldn’t recognize these primitive rides as roller coasters (as they more closely resembled giant slides).

Early models were invented in Russia, where riders were fashioned to a cart cushioned with hay or grass for comfort and pushed down a wooden railway made slippery with ice.

As simple as it sounds, these ice slides paved the way for the coasters that we know and love; and as advancements in industrial technology flourished during the turn of the nineteenth century, so did the engineering behind roller coasters.

America’s Coaster Craze
Toward the end of the nineteenth century, the roller coaster began to make its way out of Europe and found its first home stateside in Brooklyn, New York. In 1884, engineer LaMarcus Thompson’s idea for a switchback railway-style coaster became an instant success—and visitors were charged just five cents to ride.

Though the coaster traveled only six miles per hour, it was a huge technological advancement and turned a small fairground into the beloved Coney Island amusement park, bringing in thousands of visitors each year.

The apex of the Coney Island Cyclone, opened in 1927, one of America's oldest and most historic roller coasters.

As the Great Depression left Americans unable to spend as much money on entertainment during the 1930s, amusement parks took a hit. It wasn’t until after World War II that people began to frequent the parks again and roller coasters came back into fashion.

The creation of a new park in Anaheim, California, also helped accelerate the coaster craze through the fifties; Disneyland became the premier amusement park, bringing thousands of visitors to see its incredible steel coaster (the first of its kind in America). Matterhorn Bobsleds, which opened in 1959, set the standard not only for the types of thrill rides Americans would come to expect, but also for the level of technology and effort put into amusement rides at other parks across the country.

The Future of Coaster Technology
In 2005, Six Flags Great Adventure in Jackson, New Jersey, received international attention for opening the world’s tallest roller coaster, Kingda Ka. At 456 feet tall and traveling more than 125 miles per hour, this coaster has yet to relinquish its crown and has surely raised the bar for other amusement parks.

Today’s coaster enthusiasts expect a lot more than bunny hills and single loops. Dizzying speeds, gut-wrenching drops, and high-flying turns are the minimum in the latest roller coaster models. Coaster designers are constantly brainstorming to offer something new and record-breaking to riders, and they won’t stop until the most extreme and death-defying coaster is created.

The most exciting development in recent years? Virtual reality—which allows designers to focus on the ride itself and let the computer-generated visuals handle the rest. Six Flags has taken the lead for this development, too, opening six new coasters equipped with virtual reality technology that riders can wear for the ultimate experience.

Though these are among the most exciting coasters available today, the pace at which new and improved technology is being developed is unprecedented, making the future of roller coasters even more exhilarating and fantastic.